Back to all posts

ONE-NESS – The bond that holds us together

Let us talk about one-ness. The google definition of the term is spot on, it says, "it is the fact or state of being unified or whole, though comprised of two or more parts". I first came across the term in my research into New Thought philosophy. Whilst there are various theological interpretations of the word, we will stick with the google definition with particular reference to human consciousness, that all humanity is one irrespective of race, colour, gender, or nationality; that we originate from one consciousness. 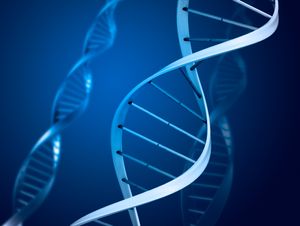 I often use the analogy of water to describe the concept of one-ness. Assuming I go to a stream and fetch some water in a glass cup, the content in my glass is a small fraction of the body of water at the stream, but it is still a part of that big body of water. Same analogy applies to humans, that even though we tend to individualize our idea or ourselves, we all partake of one consciousness. We may think in isolation or execute our ideas in isolation but underlying our isolated thoughts or idea is the inter-connectedness with this one giant consciousness. Man is made to co-exist with one another, no particular individual or race was created to function in isolation, all humans originate from the same pool of consciousness, therefore are co-joined, tied together, bonded in thoughts, ideas, and consciousness .

In recent times, I noticed the successes of some new musical artists. Data has shown that collaboration is the way to go for emerging artists; this method is observed to be the fastest method for growing audiences with musical interests. However, this concept is not new because in medicine, the sharing of medicinal cure among doctors, countries, and races has been in practice for centuries; this has resulted in eliminating diseases and other illnesses.

This brings me to the core of my message that irrespective of race, colour, or nationality, all humans shares one consciousness. No one is more important than the other, neither any one inferior nor superior. Several human ideas have emphasized individuality or superiority of one race or nation over another, but that is poor thinking, because at the core of every human being is an essence that is limitless, unrestricted and unbounded. Any man, woman or nation can be, do or have anything. We have seen the rise and fall of empires and great nations, at the peak of their dominance, they claimed superiority and power over other nations, but after a while, their reign ended. The question is if they were that good or perfect, why did it end? This is something we ought to contemplate.

There is so much foolishness in human intention of proving superiority over another because what one person or nation does not have at the moment, will have eventually at other times, the consciousness that brought an idea to one person or a nation at one time is also available to other nations or people. The consciousness in a white man is same for the black man or woman, same for the Asian or aboriginal people. There are no differences between all humans we all have the same consciousness.

To exemplify this idea further, when we leave the comfort zones of our locality we naturally bond well. I have seen white South Africans in other parts of the world embracing their Black African brothers, but back home that love is not there. In Nigeria also, The Hausas, Ibos, and Yoruba’s hardly agree on political viewpoints but a very strong bond exists among Nigerians in Diaspora, they care for one another irrespective of the differences disrupting their homeland. In addition, if you permit me to hypothesize that, if all humans are move to a different planet where alien population out number humans; humans will definitely bond strongly and the differences in skin colour, language, and nationality will be obliterated. The reason for the bond is deeply entrenched in our consciousness; we all originate from the same source, we are born of same mind, same consciousness.

Let us therefore lay aside every perceived difference and embrace the one-ness from which we all originate, let us encourage love, harmony, and acceptance. All humans are born equal, just because certain circumstance has given advantage to a particular group over the others does not necessarily make the unfortunate inferior and the fortunate superior.

We all should learn from the china experience. For many years, other parts of the world made fun of china; cheap products were associated with china, but today china is a world leader in its own rights. I implore all people, all races, all nations to embrace the one-ness that is the base of our human consciousness, let us with reverence respect the opportunity and privileges given us and share with nations and people that are disadvantaged because in sharing we are expressing our divine purpose, sharing engender love and harmony. The infinite is not divided therefore we who are his subjects should not be.

When the faithful’s pray: thy kingdom come, it is referring to the human race bringing into existence the divine intention. Our purpose of existence is to bring into fruition the ideas of the divine mind and these ideas are entrenched in our consciousness. When we show love, respect and in harmony with one another, we are expressing our very true nature, which de-emphasizes the differences between us.

I look forward to reading your comments and contribution. Peace and blessings. 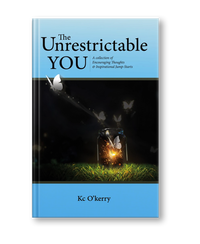 Kc O’Kerry is a singer /songwriter, and author of the book “The Unrestrictable You”. He is passionate about the mind, body, and soul relationship, and how spirituality affects our daily lives. He has a Bachelor of Arts degree in Philosophy at the University of London.